So in my last post I showed off some pretty pictures from Shore Acres State Park… that raise questions.

What’s with the rock blobs?

Why are the cliffs tilted?

Unfortunately those blobs are not about to hatch some rock-type Pokemon. They have something much less exotic at their center – small irregularities like pebbles or shell fragments. As groundwater slowly flowed though the sandstone it preferentially deposited minerals on larger particles, creating a snowball effect around imperfections in the otherwise relatively homogeneous rock. This extra “cement” makes those areas harder and more resistant to erosion than the surrounding rock.

The tilting rocks are a reminder of the pressure that the coastline has been under over the millennia – it’s the western edge of north-south trending downward fold, or syncline, that includes all of Cape Arago.

Pressure from the colliding Juan de Fuca and North American plates farther offshore has made the coast buckle and rise over the millennia. Over time the waves wear a flat platform in the rocks, only to have that platform eventually raised out of their reach. There are five different such platforms visible in the Cape Arago area which have been uplifted at a rate of about 3 feet per thousand years.

The lowest visible terrace in the area, called the Whiskey Run Terrace (Q1 in the diagram above), rose from the sea about 80,00 years ago. Although its top might have been elevated above the waves they continued to erode its sides, eventually breaking much of it down into individual sea stacks. Similar terraces and the same wave action occur all along the Oregon coast, creating families of sea stacks with matching elevations.

The uplift isn’t a completely steady process – when the North American plate jolts forward and releases the tension with the subjecting Juan de Fuca plate the coast can plummet a few feet in elevation. However based on the syncline and pattern of older terraces at higher elevations, it seems like upward motion has won the long game. 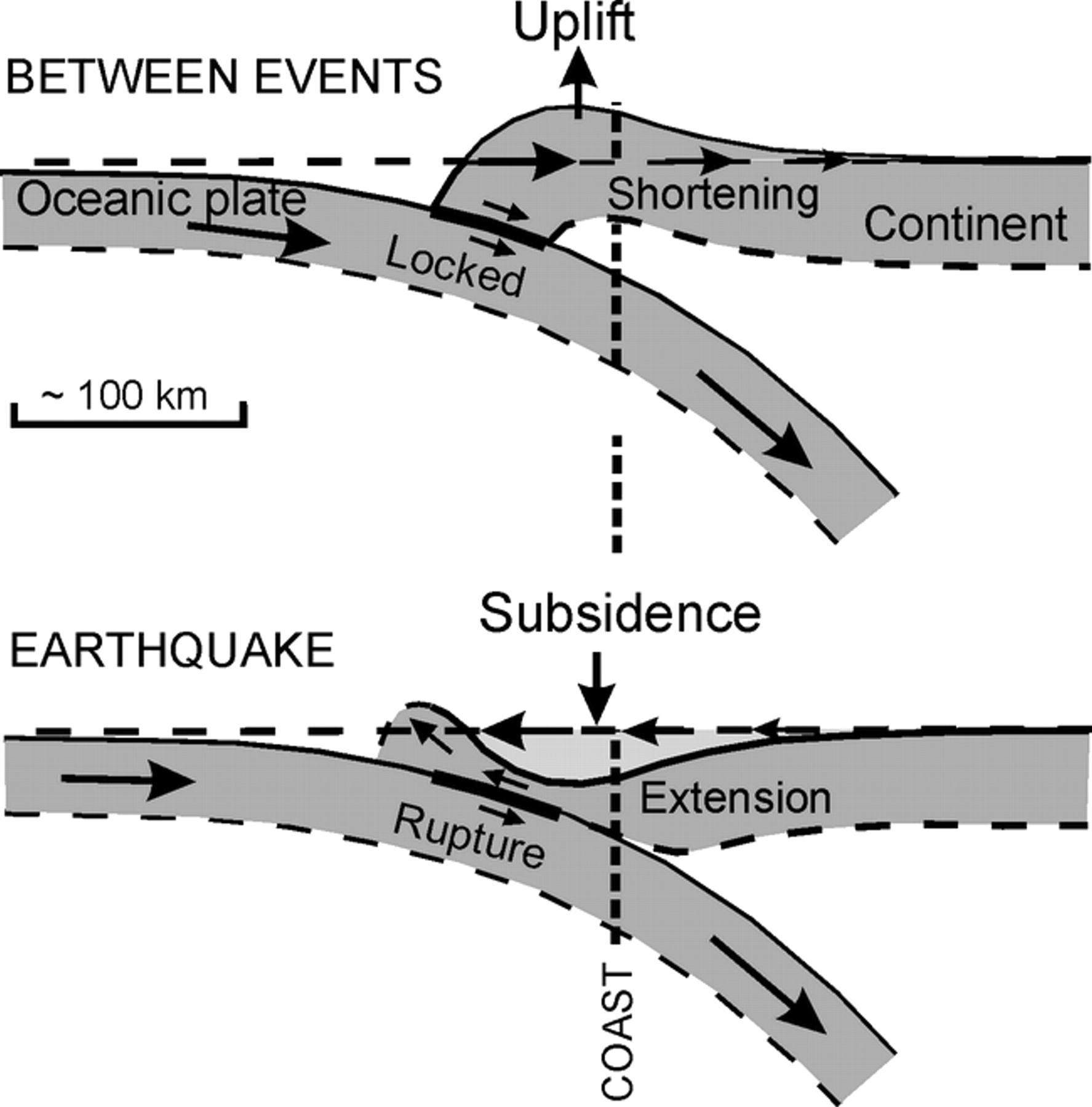 I missed an amazing photo op at Sunset Cove near Shore Acres State Park. Apparently at low tide you can see the stumps of trees that were submerged during the Cascadia mega-quake in 1700. I’ll just have to visit again to meet them in person…. not a hardship at all!

2 thoughts on “Forget rising tides, what about a rising coast? Uplift at Cape Arago”